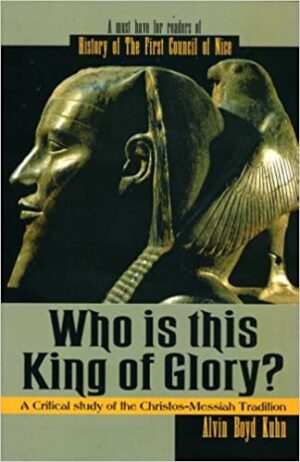 Who is this king of glory? a critical study of the christos-messiah tradition 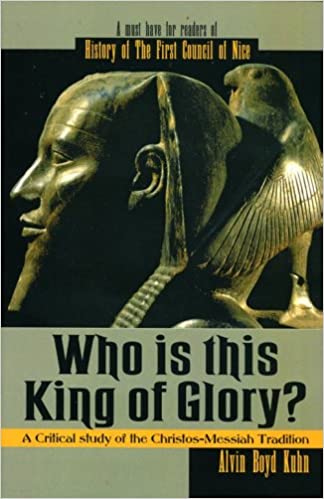 Who is this king of glory? a critical study of the christos-messiah tradition

Who is this king of glory takes us back to the third century and presents us a narrative of what happened when the Christian Movement passed over to the Greek Philosophers. This led to the total extinction of the original esoteric spiritual meaning which would be known as the historical sixteen centuries of the Dark Ages. Alvin Boyd Kuhn presents us a critical study of the Christos-Messiah Tradition in hope of restoring the ancient esoteric interpretation of the scriptures of the world. The cryptic literature of old Egypt, sealed in silence when Christianity took its rise, but haunting it like a taunting specter after the third century, now stalks forth like a living ghost out of the tomb to point its long finger of accusation at a faith that has too long thriven on falsity. For that literature now rises out of oblivion to proclaim the true source of every doctrine of Christianity as Egyptian, the product and heritage of a remote past. The books of old Egypt now unroll the sagas of wisdom which announce the inexorable truth that not a single doctrine, rite, tenet or usage in Christianity was a new contribution to world religion, but that every article and practice of that faith was a disfigured copy of ancient Egyptian systematism. Christianity, it proclaims, not only did not register a single advance in any line of wisdom or truth, but deplorably vitiated and disfigured the beautiful structure of religion which it ignorantly adopted and so wretchedly purveyed as its own alleged new creation.

Be the first to review “Who is this king of glory? a critical study of the christos-messiah tradition” Cancel reply