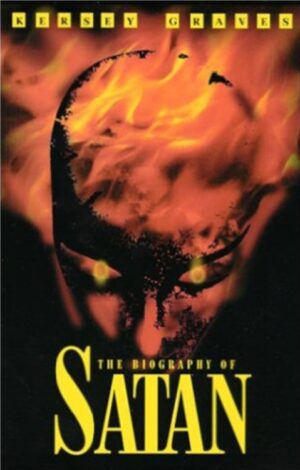 A historical exposition of The Devil and His Fiery Dominions. Disclosing the oriental origin of the belief and future endless punishment; also, an explanation of the pagan origin of the scriptural terms: bottomless pit, lake of fire and brimstone, chains of darkness, casting out devils, worm that never death, etc.

Kersey Graves was born in 1813 at Richmond, Indiana, where he spent much of his life. He was born of Quaker parents and brought up in their faith. His family and friends wanted him to become come a preacher, but his faith in the divine call was shaken by observing that it was sometimes opposed by others who claimed to be moved by same divine power to oppose the preaching. He concluded that he did not have a call. As a young man he read widely and avidly; and was particularly drawn to the pseudo-sciences of his day like Phrenology and Spiritualism. He became a phrenologist and lectured on the subject;traveling all over the western states examining heads. He gradually came to doubt the dogmas of religious orthodoxy, since it seemed to him that mens minds and actions corresponded with the conformation and character of their brain; and that divine agency had little to do with the matter. He developed into a liberal thinker and embraced Spiritualism, convinced from his observations that there was much truth in it. Soon he broadened the scope of his lectures to advocate leading reforms of the day-temperance, anti-slavery, anti-capital punishment, and labor reform, as well as Phrenology and Spiritualism. Freethinking was an inevitable consequence of his broad-mended secularism. In 1844 he married Lydia Michener, cousin of Edward M. Stanton (Secretary of War in Lincolns cabinet). He had two sons and two daughters. He gained a great reputation as an earnest, logical, and forceful speaker, with the gift of an excellent memory. He could master all his facts and authorities in a short while and deliver extempore lectures with the same precision that he could recall a lecture word for word hours after, and even present it in reverse order, citing the final conclusions and working backward to the beginning! He took part in many public debates and was renowned as a formidable adversary. He claimed to have spent an exemplary life without falling victim to any of the common vices of society such as profane swearing, drinking, gambling, or even smoking, and never had a personal combat with any man. –This text refers to an alternate Paperback edition.