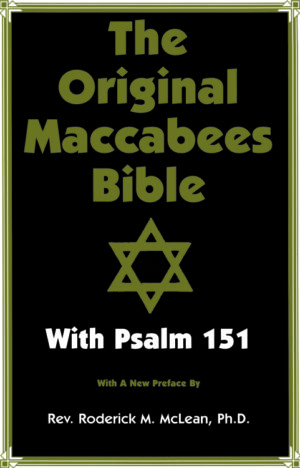 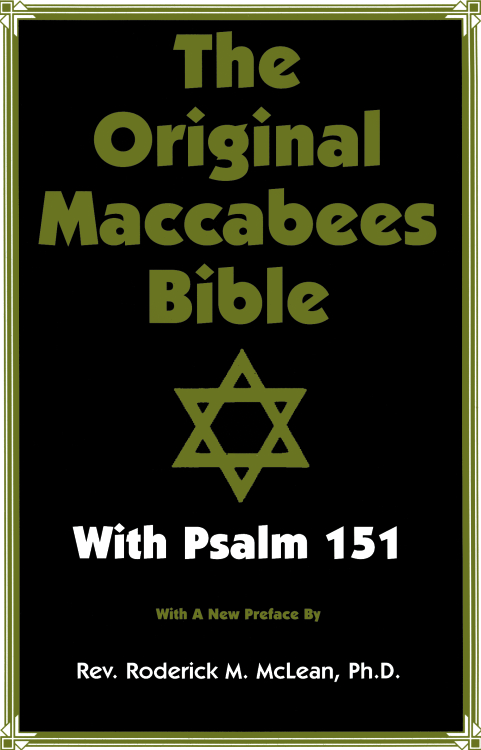 This is a classical religious text of which four books have been excommunicated from the standard Biblical text. The four books published here are very descriptive of early Jewish history. It outlines early Jewish heroes in the form of the Maccabean brothers who fought religiously against injustice, and on the side of God’s people. This edition also reveals the 151 Psalm, which has also been left out of the Psalms of David, in the BOOK OF PSALMS. A must read, especially since at one time in colonial British societies the possession of the Maccabees Bible was considered seditious. The text for this edition was reset from an original text from the British Museum Library.

And it came to pass, after that Alexander the Macedonian, the son of Phillip, who came out of the land of Chittim, and smote Darius king of the Persians and Medes, it came to pass, after he had smitten him, that he reigned in his stead, in former time, over Greece. And he fought many battles, and won many strongholds, and slew the kings of the earth, and went through to the ends of the earth, and took spoils of a multitude of nations. And the earth was quite before him, and he was exalted, and his heart was lifted up, and he gathered together an exceeding strong host, and ruled over countries and nations and principalities, and they became tributary unto him.