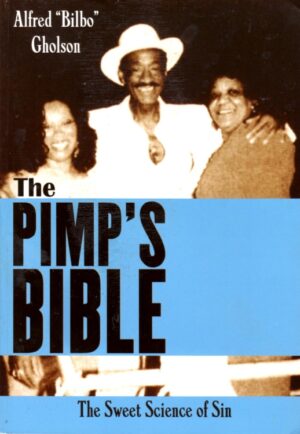 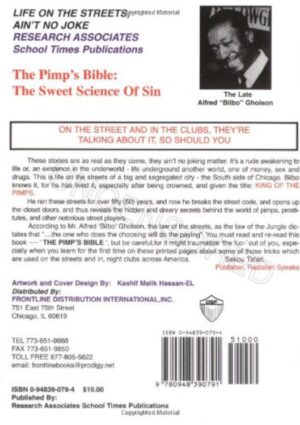 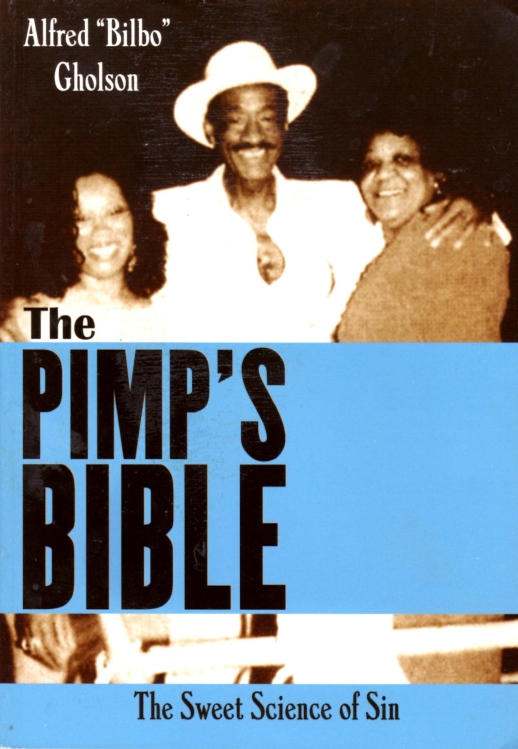 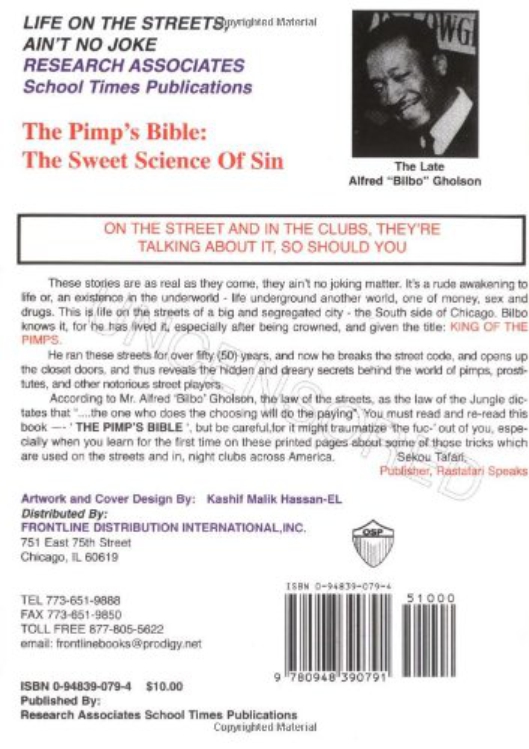 These stories are as real as they come, they ain t no joking matter. It s a rude awakening to life, or an existence in the underworld – life underground another world, one of money, sex and drugs. This is life on the streets of a big segregated city — the South side of Chicago. Bilbo knows it, for he has lived it, especially after being crowned, and given the title: KING OF THE PIMPS. He ran these streets for over fifty (50) years, and now he breaks the street code, and opens up the closet doors, and thus reveals the hidden and dready secrets behind the world of pimps, prostitutes, and other notorious street players.  some of those tricks which are used on the streets and in, – Sekou Tafari

According to alfred bilbo gholson, the law of the streets, as the law of the jungle dictates that the one who does the choosing will do the paying…sekou tafari, rastafari speaks –This text refers to an out of print or unavailable edition of this title.

Be the first to review “The Pimp’s Bible: The Sweet Science of Sin” Cancel reply

The Ethiopian Book of Life

The Forgotten Books of Eden