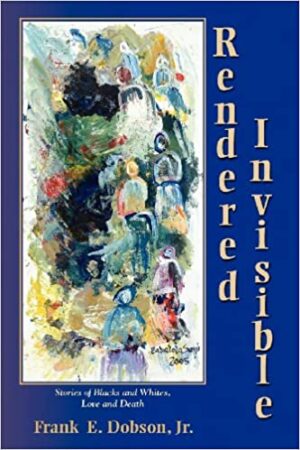 Rendered Invisible: Stories of Blacks and Whites, Love and Death 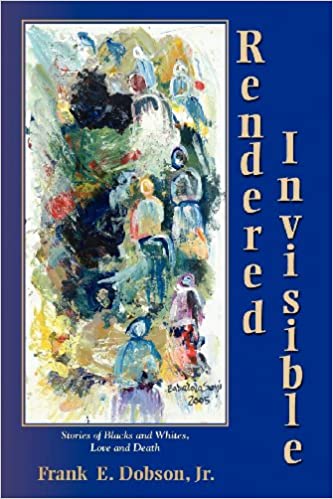 Rendered Invisible: Stories of Blacks and Whites, Love and Death

“Thirteen dead black men, and nobody knows it happened,” so says Johnny Smith, who sets out on a quest to make things right in the powerful novella that begins this collection – a masterpiece of collaged voices. Voice is urgent and significant–Dobson focuses throughout on the invisible and the unvoiced-he brings them to center stage, where they speak their pain and frustration. “Maybe we can revise history,” one of his characters says; Dobson’s book does just that.
Mary Grimm, novelist, professor, Case Western University

In entrancing prose that claims a place with writers as powerful as Ralph Ellison, James Baldwin, and John Edgar Wideman, Frank Dobson offers his own bold, subtle explorations of race and life in America. I sat down to skim a bit of his new book of stories, and ended up reading its central novella straight through. This narrative of the .22-Caliber killings in Buffalo – little known to most Americans-and the lives of blacks and whites caught up in those tense days makes for suspenseful, compelling reading.
Jeff Gundy, poet, professor, Bluffton University

Be the first to review “Rendered Invisible: Stories of Blacks and Whites, Love and Death” Cancel reply