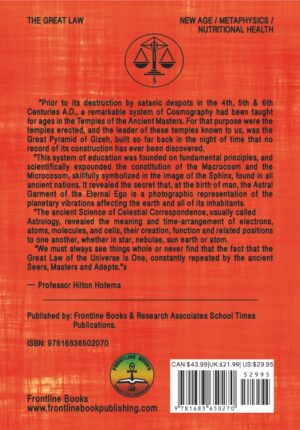 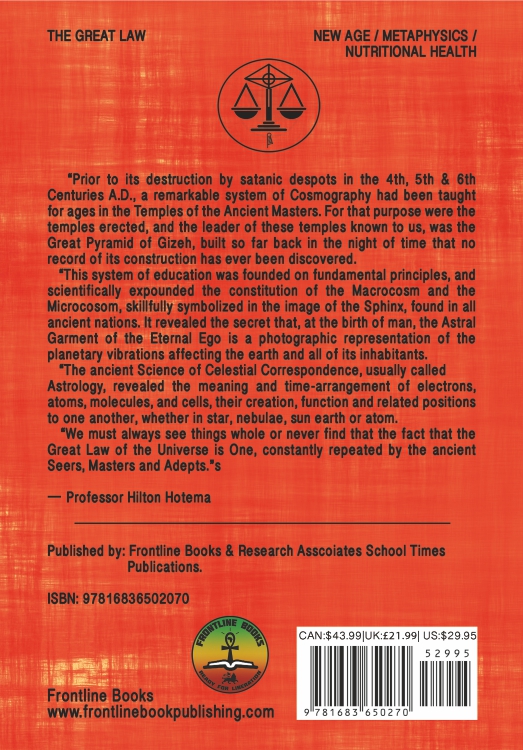 Great Law: “The (so-called) civilizations of today consider themselves “educated and enlightened”. Actually, they are, to a great extent, brainwashed and hypnotized. The world has been plundered for millenniums. In today’s period of so-called ‘freedom’ more people are living under physicalized, tranquilized, and lobotomized slavery than ever before.

“The very word Education is a tricky misnomer. The schools are not designed to educate but to domesticate. There purpose is to train children like horses and dogs. Children are brainwashed and mind-conditioned to do the things and to think the thoughts which those in authority want them to do and to think.” Dr. Herbert Blackschleger

Professor Hotema studied the teachings of the Ancients from hidden and revealed sources for over seventy years. He was a student of many movements and teachings, Rosicrucian,Theosophy, Hindu, Hebrew, Egyptian and Grecian Mysteries, Magian Tradition, Masonry, the Tarot, Arcane Sciences, Hygiene, Vegetarian, and many others of which the world has never heard. He delved into ancient records and gathered scattered and widely separated fragments of truth from the ruins of temples of the Masters who were so far ahead of us in knowledge and wisdom that only the few can interpret their true meaning. And he has interpreted it, boiled it down, condensed it into readily comprehensible material.

The Kingdom of Heaven